You might have heard about ramps that you can bolt into the concrete curb at the end of your driveway. The idea of bolting a ramp into the concrete is attractive to many because it ensures that the ramp stays put at all times.

Bolting a curb ramp into the concrete sounds like a great idea in concept. However, in reality it’s actually a bad idea and shouldn’t be done (you do want to bolt the curb ramp pieces together, however). Here’s why:

1. It Will Help Damage The Concrete

Not only would you be putting holes into the concrete, but you’d also be contributing to water damage.

The number one reason concrete cracks and crumbles is water. Water gets into cracks between pieces of concrete during the colder months, and then it freezes. Since water expands when it freezes, it can crack concrete from within. If you drill a hole into an otherwise solid piece of concrete, you’re giving water another way to get under the concrete (or inside the hole). The water will eventually freeze, expand, and then break the concrete.

2. You May Get In Trouble With The City 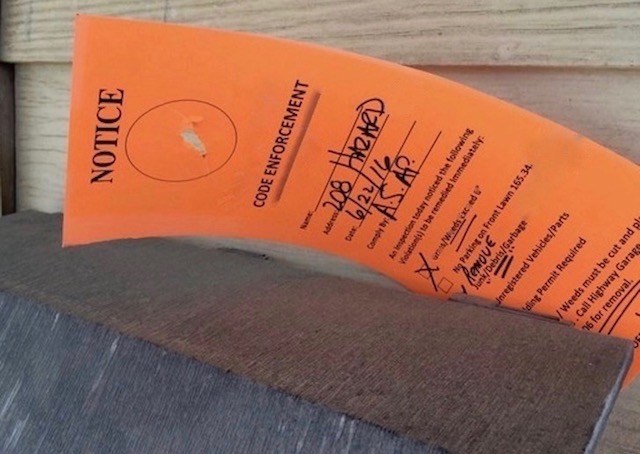 Most curbs one long piece of concrete, and almost all of them are owned and maintained by the city. If you start drilling holes into the curb, you risk cracking or breaking the curb. You also risk getting a ticket or a fine from the city, and it’s possible that you could even be forced to pay for new curb if you drill holes into it.

Because water breaks concrete, cities don’t want anyone drilling holes into it. Some cities will issue you a ticket, make you remove the bolts, and then make you seal up the hole(s). Other cities will make you pay for a whole new section of concrete (which can cost thousands). So if you don’t want to get a ticket from the city – or if you just don’t want the curb in front of your house to be broken and look terrible – don’t drill any holes into it.

Some curb ramps – especially homemade ones – move around a lot and that can be pretty dangerous when you’re driving over them. So it makes sense that some people would want a curb ramp that they can bolt onto the curb. The good news is that a better solution exists, and you don’t need to bolt it into anything: a BRIDJIT Curb Ramp. BRIDJIT ramps come in sections, and you bolt the sections together with the supplied hardware. Once bolted together, they are very unlikely to unintentionally move.

Another downside to homemade ramps is that they can create a tripping hazard for adults or kids walking or playing in the street. They can also be hazardous for people bicycling along the street. BRIDJIT ramps have tapered ends that help reduce this hazard.

BRIDJIT curb ramps are heavy ramps made out of recycled rubber. They’re designed to be compliant with the city code – a waterway is built into the ramp so they don’t impede water flow. Best of all, BRIDJIT Curb Ramps stay put as you drive over them.