5 Things Corvette, Prius, And Porsche 911 Owners Have In Common

A Corvette owner, a Porsche 911 owner, and a Prius owner walk into a bar and…

Barely acknowledge each other.

It doesn’t have to be like this! All three car owners may run with different crowds and maintain different lifestyles, but they’re actually more alike than you think. In fact, they have quite a few things in common. 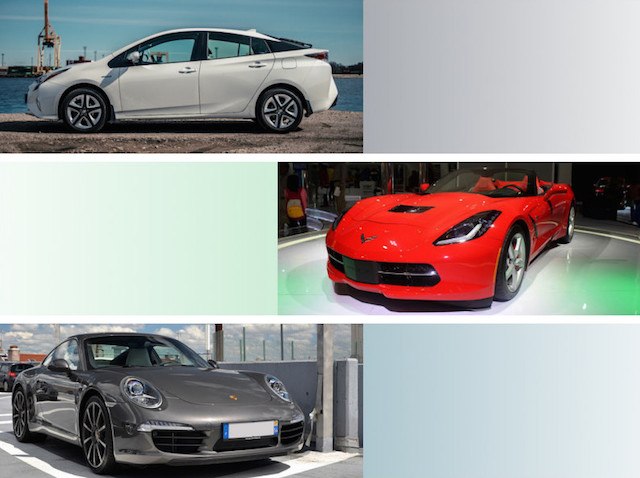 1. They All Deal With Stereotypes

There’s a stereotype associated with each car owner:

Of course, not every car owner lives up to their stereotype, but it’s easy to see that Corvettes, 911s, and Prii (as Toyota would put it) scratch certain itches.

2. They’re Used To Strangers Commenting On Their Cars

None of these cars would net as many comments as a Bugatti, but each car gets its fair share of interest from the general public. People ask questions, give a "great car" or "I like your car" comment, flash the thumbs up, etc.

3. Minimalist By Choice, Or Not

Buying a Prius is often about commuting from point A to point B with as minimal an impact as possible. While some Prius owners will opt for an upgraded interior or fancy dash screen, the basic concept behind buying and owning a Prius is minimalism.

Corvette and 911 owners are often minimalists as well, only not always by choice. Sometimes, these cars are kept clean and clutter free as a point of pride, and sometimes they're kept that way because you just don't have the space to pack them with all your stuff.

4. Curbs And Speed Bumps Are Annoying At Best

All three cars have low ground clearance. Ask any Corvette, 911, or Prius owner and they’ll tell you that curbs and speed bumps are the bane of their existence. It's just too easy to scrape the underside of a low-clearance car while driving over a curb parking in your own garage or driveway.

All three car owners also tend to invest in solutions like BRIDJIT curb ramps to protect their most prized possessions. In fact, many BRIDJIT Curb Ramp owners are Corvette and Prius owners, according to our owner surveys.

Here’s the average age of each car owner:

Now they can walk into the bar and…

Sit together and grumble over amateur paparazzi, rolled curbs, and all these reckless young drivers on the road.